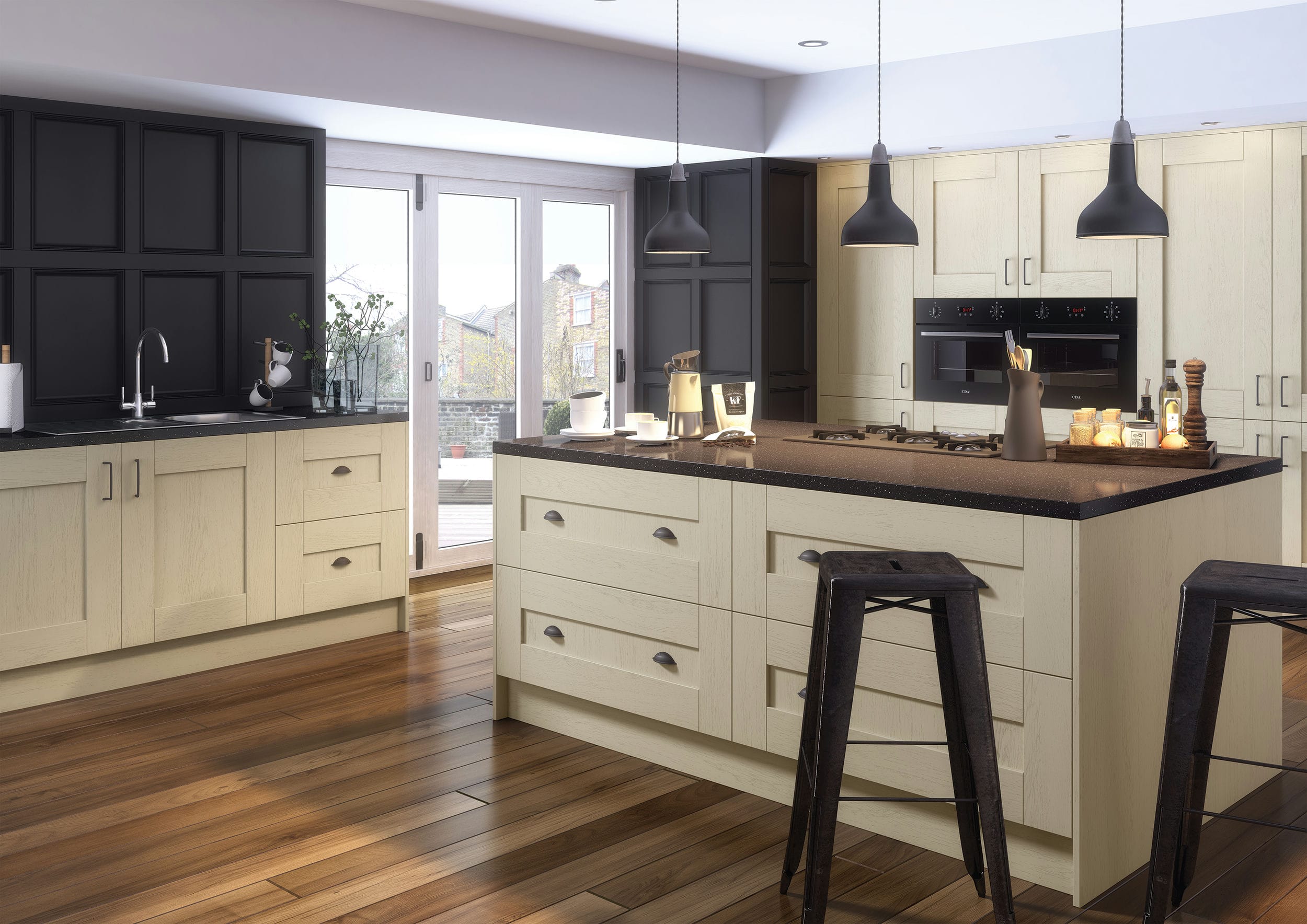 Have you been recently wondering whether it is time for a new look for your kitchen? Don’t worry, we’ve all been there! If you’ve been staring at the same kitchen cupboards for at least a decade, then it probably is. A change is as good as a rest after all, but there may be other perfectly plausible reasons why you should go ahead and start that renovation…

Embarrassed to invite friends round for lunch?

No one should be ashamed of their kitchen, but it is inferring with your friendships then it is definitely time to take action. Replace that old Formica table with a snazzy breakfast bar instead – and get a fancy cappuccino machine while you’re at it. And as for those ancient Formica worktops – time to tune into some classy Jefferson painted units instead! Or, if you’re the type who prefers minimalist and shiny then take a look at our stardust blue gloss acrylic kitchen units, you won’t be disappointed!

No space for new appliances?

Finally, you’ve decided to treat yourself to that fabulously discounted dishwasher in the sale. But when you get home, you realise that space between the units isn’t as big as you thought it was and now you’re left with a choice – dishwasher or fridge? Maybe you can have both, and are in need of a kitchen remodel instead!

Is the family getting bigger? Your kitchen certainly isn’t!

When you moved into your current home, you were a loving young couple and freshly married. Today you’re still a loving couple, but now have a brood of three youngsters – two of whom are teenagers and insist on making their own meals. As a result, mealtimes are a prepping nightmare since there’s just not enough worktop space. You know what to do, a new kitchen is in order.

Have you become eco-friendly?

As someone who is now painfully aware of how much your family’s utility bills are, it’s time to introduce more cost-saving and environmentally friendly alternatives. Try starting with the lighting, with LED solutions and even widening windows to let in more light.

Then focus on the cooker and consider sustainable freezing methods. It’s time to revamp and get with 21st century kitchen design. You don’t have to lose your current kitchen cupboard arrangements though; simply replace the doors with something like these brilliant matt stone handleless kitchen doors

Not only that, but is one of the handles on a cupboard constantly falling off, and you swear you’ll trip over that loose baseboard one day? For the sake of your sanity, you know it’s time to think about a kitchen remodel sometime soon.

Have you just replaced your kitchen flooring?

We’re sure that it has made the rest of your kitchen look trendy and modern, so why not update your worktops and cupboards too? It might not be a bad idea to scout out the best modern kitchens and tech appliances and see how they can make life in the kitchen much easier for you.

Unable to close some of the cupboards?

If the reason for this isn’t that the locks don’t work anymore, but rather that you’ve packed so many items into them, i.e. liquidiser, grill pan, spare coffee machine, electric whisk etc. that they simply won’t close anymore. It’s time for new kitchen cabinetry with cupboards that are big enough to take more of your kitchen “essentials”

If you’ve just moved into a new home and are trying to get to like the kitchen, despite it being totally not your style, then give it at least six months. If, after that time, you still feel like an alien in what is now your own kitchen, then it’s definitely time to get something you like and feel comfortable in.

Are you in the market for a new kitchen? Then why not take a look at some of our fantastic new kitchen units? We offer a range of finishes, from gloss and mat acrylic to solid wood and even black painted wood. Shaker units are also our speciality, as well as replacement kitchen cabinet doors. Get in touch by calling 01765 640 000 or emailing us at contact@kitchenwarehouseltd.com. We’d love to hear from you!

How to clean a matt kitchen correctly