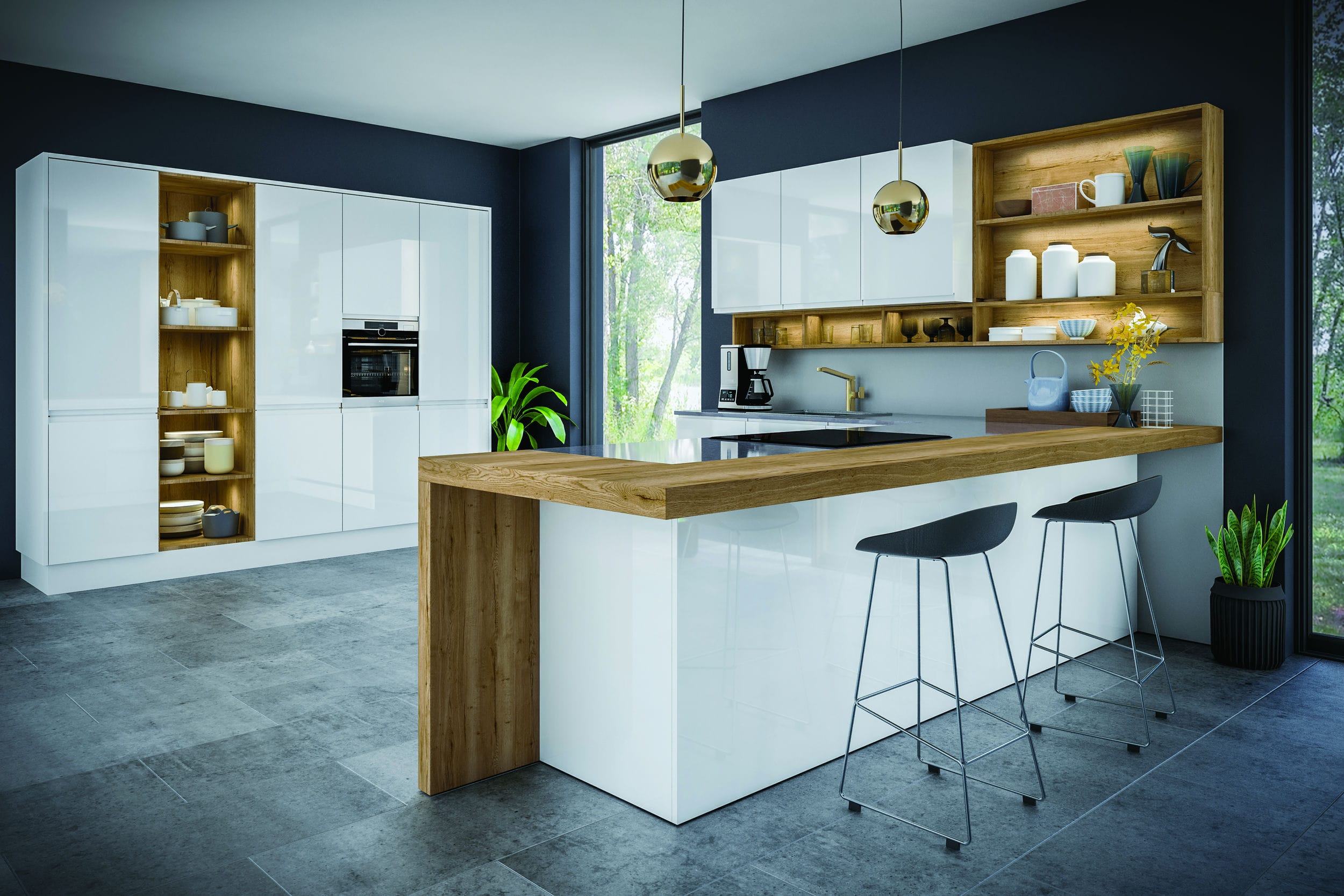 Can my kitchen be too big?

Yes, you did read the title correctly. It does actually say, ‘Can my kitchen be too big?’ It’s probably no surprise to hear that one of the most common ‘kitchen complaints’ that people have is that their kitchen is too small. Not too big.

The issue of space is one that rings true with many a homeowner. It doesn’t have enough storage, a limited worktop space, and small appliances; it’s a tale that’s been heard countless times before.

How to create space in the home

And, because having limited space is such a typical problem, the world wide web is awash with advice, tips and tricks about how to create space – or the illusion of space – not just in the kitchen but right throughout the home.

You’ll find advice about the best types of doors, cabinets or worktops to choose if space is tight. There are tips about how to let light flood into the home, the best colour scheme to opt for, and a multitude of ways to use space effectively and to declutter every room in the home.

But there’s very little out there about what to do if your kitchen is too big.

That is, until now.

Can a kitchen be too big? Yes

So, back to the original question raised in the title of this blog: Can a kitchen be too big? Well, the answer is ‘yes, it can.’

No space, big or small, is a lost cause. Even the tightest and narrowest galley kitchens can be improved in terms of how spacious they look. Furthermore, there are plenty of ways to do it. There’s a lot more to it than simply taking things away to create more space (in a small room), or filling space up (in a large room).

Let’s now look at the ways that a kitchen can be too big.

A question of scale and design

In any room, space is important. You can have too much of it, or not enough.

In a small kitchen, the problem of inadequate space presents itself obviously and quickly. For example, there’s not enough space to prepare food on the worktops. Similarly, there’s no space for a dishwasher so there are pots and pans everywhere to be seen.

In a large kitchen – the largest – the problem of too much space isn’t probably as pronounced, but it’s a problem all the same. Some designs are wide open. For instance, L-shaped configurations can leave you with a cavernous amount of open space.

The problem of too much space

But it can still be annoying!

The ideal situation to prepare a meal and cook is where you can turn one way to the fridge, another to the cooker – and a half turn to the countertop you are using as a prep area.

But if you need to add eight paces in between, the comfort of the situation is lost, the impetus is gone, and it’s actually quite tiring.

Making the most of the space in the kitchen

When space is limited, making the most of every available centimetre of space in the kitchen is of paramount importance. However, in kitchens that are too big, there can be too much space.

Wasted space is dead space. The room lacks the comfort and homeliness that most people want and it becomes a cold shell of a space instead.

What to do when you have too much space

Although you should be wary of simply filling up the space, if you feel your kitchen is too big, there are obvious ways that you can do so.

In a breakfast/diner/open kitchen, simply altering the type of eating area/table can do the trick. For example, by choosing a different size, shape or style.

For larger spaces, the option of a kitchen island is obvious contender. Similarly, extending worktops can also be an effective way of utilising space more effectively.

And here’s the science bit: The Kitchen Triangle

When it comes to kitchen design and trying to address the issue of the space being too big, it’s a balancing act between aesthetics and functionality. The dining area and ‘social’ aspect of the room should be taken up by the residual space.

For practical reasons, the working part of the kitchen should be a tight area. Essentially, the theory of kitchen design, developed in the early twentieth century but still used today is of a ‘kitchen triangle’. Also known as ‘the golden triangle’, the principle is that the main areas of the sink, the fridge and the cooker form a triangle.

The ‘rule’ states that each leg of the triangle should be no less than 4 feet and no more than 9 feet. The sum of the 3 sides should be between 13 and 26 feet. Furthermore, cabinets and the like should not intersect any leg by more than 30cm.

Following the principle of the triangle will not solve all problems if your kitchen is too big. However, it should help you create a solid design aesthetic from which you can build.

Get in touch if you would like more advice on creating the perfect design for your kitchen.

What colour kitchen is on trend for 2021?

The Changing Kitchen Through the Decades

What are the Advantages of a Matt Kitchen?